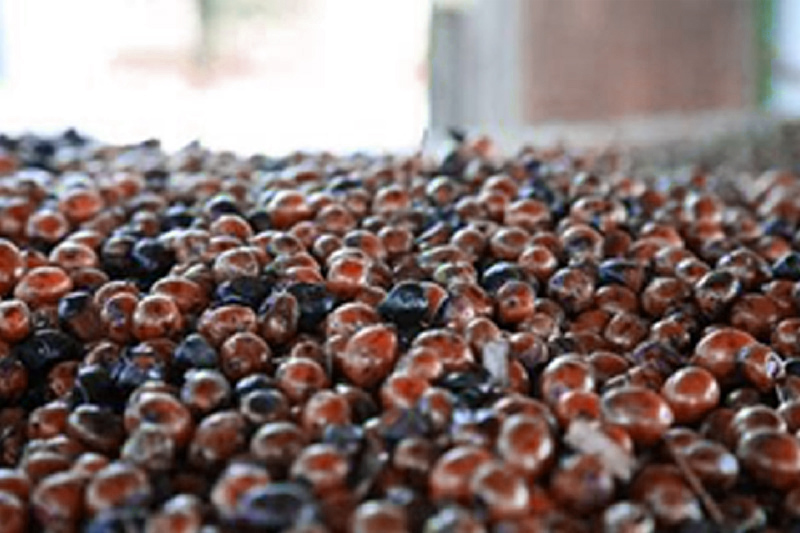 ORLANDO, Florida (June 13, 2017) – Six Saw Palmetto suppliers were found to have little-to-no actual Saw Palmetto extract, according to scientists at Valensa International, based in Eustis, Florida, in a report released today that summarizes the study findings and methodology. To help the industry battle for legitimacy, Valensa will provide a FREE analysis of any commercial grade ingredient claiming to be Saw Palmetto, regardless of the source.

Saw Palmetto extract is among the best-selling ingredients in the world for normalizing prostate function and relieving lower urinary tract issues.  The Saw Palmetto plant is known to grow and produce fruit (called ‘berries’) primarily in the southeast United States, and Florida but not all of the Saw Palmetto extracts on the market are legitimate, as the Valensa lab study found.

In addition to the six competitive suppliers, Valensa tested its own USPlus® Saw Palmetto, which is the only sample to comply with both the USP monograph and the Valensa-developed authenticity protocol.  The results showed that four of six extracts appeared to be adulterated (engineered) and the remaining two appeared to be outright imitation.

Valensa offers free analysis to any end-product producer. The test uses Valensa’s testing protocols (based on USP standards) and they will, upon request, forward their testing methodology to a proven, trusted and reliable third-party testing laboratory. To obtain a copy of the complete report or submit a Saw Palmetto product for a FREE analysis, please email moreinfo@valensa.com. However, the names of brands tested in the Valensa study remain confidential.

“After conducting our own laboratory study on the authenticity and USP compliance of various Saw Palmetto extracts on the market today, we have quite conclusive results. The extracts tested were either imitation or out of specification — except USPlus® Saw Palmetto,” said Mikaelian. Valensa’s USPlus® Saw Palmetto is fully integrated, DNA tested, and complies with USP and EU monographs. Saw Palmetto berries are responsibly harvested from sustainable sources. Valensa’s certified organic production facilities are located in a protected pine/Saw Palmetto grove.

The Saw Palmetto study in February was published as part of the Botanical Adulterants Program, an effort to raise awareness and provide solutions on issues with botanical ingredient adulteration initiated by the American Botanical Council (ABC), the American Herbal Pharmacopoeia (AHP), and the National Center for Natural Products Research (NCNPR).

“We at ABC have been watching this latest development, and will be updating our bulletin because more ingredients masquerading as Saw Palmetto have surfaced on the market,” said Mark Blumenthal, founder and executive director of ABC and founder and director of the Botanical Adulterants Program. “We have heard concerns for many years from ethical, responsible members of industry of the presence of ostensible Saw Palmetto extract containing low-cost vegetable oils as an adulterant. lThis reduces the potential health benefit to men who use Saw Palmetto to help manage urinary conditions, as well as it’s creating unfair competition in the marketplace.”

“According to some suppliers, the Saw Palmetto berry harvest volume has been below expectations, and if you combine this with an increase in demand and rising prices, it is not surprising that some of the Saw Palmetto material on the market is not authentic,” Dr. Gafner said. “Most of the adulterating materials are vegetable oils, such as palm oil or coconut oil. They don’t represent a health risk to the consumer, but don’t deliver what the consumer is expecting. In addition, there is an economic risk to those suppliers that sell high quality Saw Palmetto extracts. These suppliers will not be able to compete on price, and may lose lucrative contracts to the providers of low-cost adulterated “Saw Palmetto” materials. Finally, there is also a risk to the reputation of the dietary supplement industry, and the Saw Palmetto industry in particular, since potential negative headlines in the media may erode consumer confidence in the industry in general and the Saw Palmetto products in particular.”

Valensa is committed to production and processing that supports the environment and fair labor practices for those that work the land and participate in the production process. For more information, visit www.valensa.com.